The University of Melbourne

The University of Melbourne was founded in 1853, making it the second oldest university in Victoria. Classes commenced in 1955 with only three professors and sixteen students. It has since grown to have over 4,000 academic staff and over 50,000 students.

The University of Melbourne, Parkville Campus

While the University of Melbourne has several campus locations across Victoria, the main campus is located in Parkville which is just 3km north of Melbourne’s CBD. The Parkville Campus is home to multiple cafés, 12 libraries, a small supermarket and other speciality stores. Every Wednesday it also becomes the site of a seasonal farmers’ market.

The University of Melbourne also has several residential colleges that are associated with it, with seven of the ten located on the northern edge of the Parkville Campus along what is known as the College Crescent. The other three are located outside of the university but still within walking distance.

Directly east, only a five-minute walk away, is Melbourne’s famous Lygon Street. Lygon Street forms the nexus point of Melbourne’s “Little Italy” and is home to an abundance of Italian restaurants and cafés as well as several specialty stores such as Readings and Cinema Nova.

Melbourne was named the world’s most liveable city for seven years in a row for a reason. A short tram ride from the Parkville Campus will have you arrive in Melbourne’s CBD where there is an abundance of things to do and see.

Queen Victoria Markets, which is about a fifteen-minute walk from the University of Melbourne, is always bustling with life and fresh produce. Chinatown is also a foodie hotspot for something cheap and delicious. Or if you’re in the market for some famous Melbourne coffee, Flinders Lane is the perfect place to start.

Along St Kilda Rd is the National Gallery of Victoria, which is home to one of the finest collections of art in Australia. While there are always new and interesting featured exhibitions rotating through, the permanent collection is just as fascinating. If you’d rather be outdoors to appreciate some beauty, you can walk along the banks of the Yarra and wonder at the Botanical Gardens. 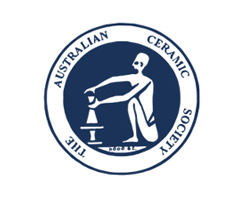